I have spent over a decade living with chronic muscle pain.  As a teenager who played soccer regularly, I recall that the pain was mostly localized to my head.  I was plagued with recurring, debilitating migraines – the only escape from the feeling of knives cutting into my head was lying in bed with the lights off, my head covered with a pillow to drown out the noises.  Not to mention the nausea that came along with it.  Whenever I brought up my migraines to my trainers, teammates, coaches and doctors, they thought I was crazy.  Coaches and trainers told me to drink more water.  When that didn’t work, I was told to eat bananas and drink pickle juice to get as much potassium and electrolytes into my body.  This didn’t help either.  Doctors on the other hand told me there is something called an exercise induced headache. “Yes, I came to see you because I’m getting a headache after exercising.  So I agree that it’s an exercise-induced headache: but why do I get them and how do I stop them?”  After receiving this “exercise-induced headache” diagnosis from two separate doctors, I decided there was nothing left for me to do except learn to live with the headaches.

Aside from exercise, I also discovered I had another consistent source of headaches:  strong perfume. This gave me a similar, yet less intense headache than the so-called exercise induced headache.

However, headaches weren’t the only thing I was experiencing from soccer.  When I was a freshman in college, my health deteriorated to the point where I could no longer run an entire warmup lap around the soccer field:  something I had been able to do multiple times a day since fourth grade. My trainer intervened and advised me to ask a doctor whether I had something called “compartmental syndrome”.  I visited a specialist, who recommended surgery to operate on my calves – to cut open the compartmental fascia around every muscle in my lower leg cut.  I had the surgery, and it sidelined me for an entire year, and I’d never play soccer at a competitive level ever again.  Still to this date, if I go for a run, I get the same cramping and pain that I used to experience prior to surgery.  So it turns out that cutting open the fascia to let more blood circulate in and out of the muscle wasn’t the answer to my condition.

After college, my condition continued to escalate, until I started to experience debilitating, chronic muscle pain. There were nights in my mid-20’s when I couldn’t even get out of bed without assistance – a significant escalation from the pain I had experienced before, and a huge mystery to me as to why it had escalated.  Adding to the mystery was that the pain would move around with seemingly no rhyme or reason.  One day the pain would be in my neck, the next it would be in my upper back, the next my lower back, and then in my hips.  I would also have aches in the top of my hands and forearms.  My quality of life was diminishing quickly, and I went to every doctor I could think of for at least a diagnosis, if not a treatment.  After countless doctor visits, I was left with little hope that I would ever be able to cure or even manage my pain.  Countless doctors told me “you need to drink more water” or “your MRI came back clean” or “most adults have aches and pains”.  But I knew that my condition just couldn’t be “normal” – what most adults experience on a day to day basis.  Most recently, I was told I might have an autoimmune disease called Ankylosing Spondylitis (AS).  AS is a form of arthritis that attacks the spine. Unfortunately, the way to be formally diagnosed with AS, like many autoimmune diseases, is by process of elimination, so there was no real way to know for sure.  Further, the prognosis of AS is extremely poor – with the expectation that my spinal bones would fuse together and I would walk with a hunchback.  The lack of answers or a potential treatment left me with so many emotions – sad, confused, hopeless, frustrated and eventually infuriated. I presume a lot of people in my situation probably deal with a level of depression because of how severely their quality of life, relationships, exercise routines, etc. are impacted.

Thankfully, in 2020 I happened across the Mast Cell Research Institute, and I started to learn about mast cells and mast cell disorders.  My various symptoms sounded an awful lot like a disease I learned about through the institute – Mast Cell Activation Syndrome (MCAS).  I learned how mast cells can become overactive, leading them to inappropriately release hundreds of different chemical mediators, and cause diverse symptoms all over the body as a result.  I learned how what had always seemed like different diseases (migraine headaches, muscle pain, acid reflux, and even the autoimmune arthritic condition AS) could all be due to a single root cause – inappropriately active mast cells.  I further learned that stresses like exercise as well as the chemicals in perfumes were common triggers of Mast Cell Activation Syndrome, and that I wasn’t the only one who had this class of disease: up to 17% of people are suspected of having MCAS to some degree.  All of a sudden my condition stopped being this mysterious whirlwind of disparate conditions, and was instead relatively understandable and relatively predictable.

I also learned something else.  I learned that MCAS was commonly associated with physical or emotional trauma.  I learned that trauma could cause the disease to permanently escalate to a new, heightened level.  I thought through my past experiences, and the severity of my condition at different points in time.  And something huge clicked.  Although I’ve had this painful condition to some extent my entire life, it suddenly became much more severe in 2008-2009.  That was the turning point for when I started to experience my worst, and most chronic symptoms.  Something really traumatic happened to me in 2008 that I don’t talk a lot about, but am happy to describe for the advancement of research and medicine.

I was a senior in high school, about to repeat the same morning routine I always had prior to another day of high school classes.  I’d wake up to the sound of my alarm clock, hop in the shower, have breakfast and drive to school. However, this morning was very different. While in one of the most vulnerable states one could be in – in the shower, eyes closed washing my hair – I heard a loud traumatic scream. It was my mom’s scream. My step dad was lying in bed unconscious with no vitals. After getting out of the shower and trying my best to resuscitate him, but failing, I had now experienced the most traumatic thing in my life at a relatively young age. In fact, I developed PTSD and saw a therapist for it for a while.

I tell the story, because 12 years later, after learning about MCAS from the Mast Cell Research Institute, I learned that I’ve exhibited symptoms of MCAS my entire life, but only at the age of 18 was it potentially heightened by the emotional trauma I went through.  Even though this didn’t make the pain or the trauma any easier, it was at least logical.  The entirety of my previously strange and confusing condition started to make sense for the first time in my life.  MCAS provided a unifying explanatory framework for everything I had experienced.  But I still remained skeptical around how much of it was just a convenient story, and whether or not this disease that I had never heard of was actually real.  I also thought that learning about what may have caused the disease is one thing, but getting relief from my chronic pain would be something else entirely.  The proof for both came, incredibly, within less than two weeks for me.

I started reading everything I could about MCAS, and I started a trial of a few over the counter medications and supplements – H1 and H2 antihistamines, high levels of C & D vitamins, and the mast cell stabilizer Quercetin Phytosome.  Whereas this regimen frankly seemed too simple to address the severe lifelong symptoms I had experienced, I was willing to give it (or anything) a try.  Astoundingly, within just 3-4 days my pain improved dramatically.  Within two weeks of using this simple regimen, I’ve amazingly cut out almost all the physical pain I once experienced.  I no longer need help getting out of bed, and for the first time in a decade I thought about resuming the exercise I once loved.  I’ve only been taking this regimen for about 1.5 months, but it’s clear to me now that MCAS is not only very much real, but also that a simple MCAS-focused regimen could substantially reduce the pain I used to experience.  Most importantly, my quality of life has improved to a level I didn’t think I could ever experience again.  I’m thankful that I ran across the Mast Cell Research Institute, and thankful for their mission to spread the word about MCAS in a simple, easy to understand way.

I hope my story is spread, and that research on mast cells is further advanced to bring a better quality of life to many more people. 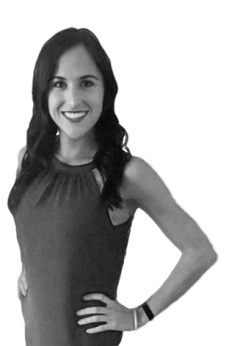 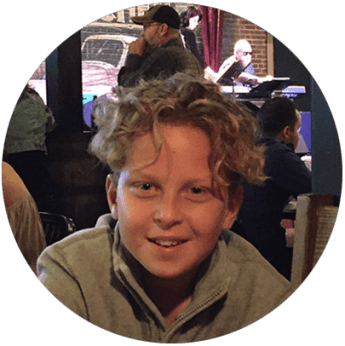 Who would have thought that my 14-year old son Jack...